As we approach our 20th anniversary we’ve been asking our wonderful supporters to share their stories of how they first got involved.  Huge thanks to David Chalmers from Dunfermline Rotary Club for sharing their story. 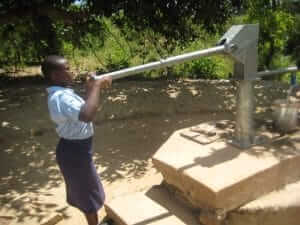 Our first contact with Vision Africa (now Raising Futures Kenya) goes back to 2009 and came about through a relative of a volunteer, Kirsty McClullich (now Gichimu), when Kirsty was looking for funding for a project at the Seed of Hope Centre at Kitui.  A kind benefactor had paid for the sinking of a borehole at the Centre however water was being drawn by bucket and rope which was far from ideal, quite apart from involving some risk. The project involved providing a concrete base over the borehole on which was fitted a manually-operated water pump. In addition, guttering was fixed to the Centre’s roof to collect rainwater and associated pipework was provided to channel that rainwater into new storage tanks which were installed as part of the project. 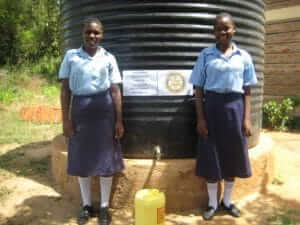 From Dunfermline Rotary’s perspective, the project was well managed and proved very successful so the Club then went on to support various other projects over the years, the latest being to fund a number of families through the Family Strengthening programme (empowering families to start their own businesses so they can afford to look after their children who had been growing up in institutional care but have now been reunited with their families). 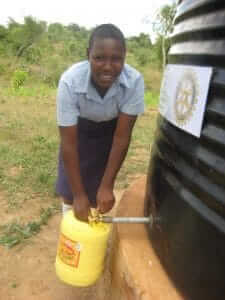 Commenting upon the relationship, David Chalmers, Dunfermline Rotary’s International Convener, said “Over these past 12 years, our Club has been delighted to support a range of projects undertaken with Seed of Hope/Vision Africa/Raising Futures Kenya.  Being accountable for Rotary funds my job has been made so much easier due to the excellent reports received on projects supported by photographs and receipts.  That encouraged us over the years to support further worthwhile projects and we would take this opportunity to congratulate Raising Futures Kenya on their impressive work over these past 20 years”.

We’d like to take this opportunity to thank everyone at Dunfermline Rotary for their generous and kind support over the last 12 years, we are very grateful to work with you.